Growth in the U.S. mobile subscriber base remains strong, with a penetration rate of 127%, and 5G is now being deployed by U.S. providers. According to the GSMA, almost half of North American mobile connections will be running on new 5G networks by 2025, fueled by operators spending on new networks.

The latest edition of the report “The State of 5G” states that the top three countries that have the most cities with 5G coverage are China at 376, the US at 284 and the Philippines with 95, overtaking South Korea which is now in fourth position with 85 cities. 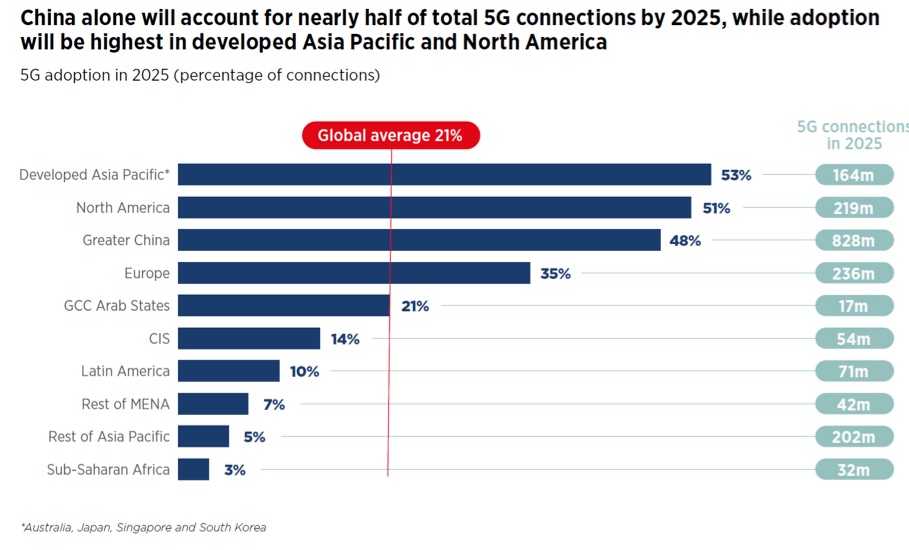